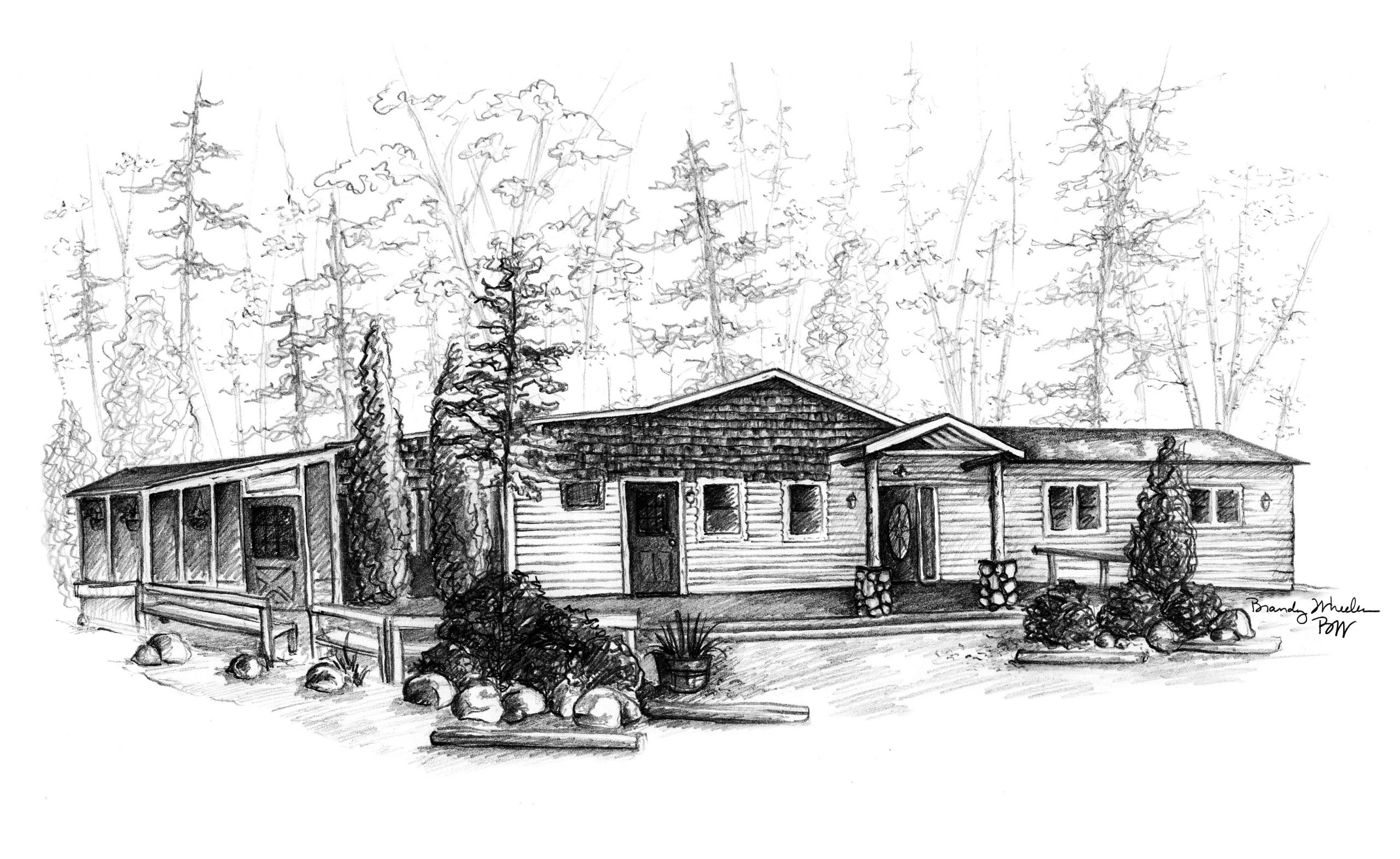 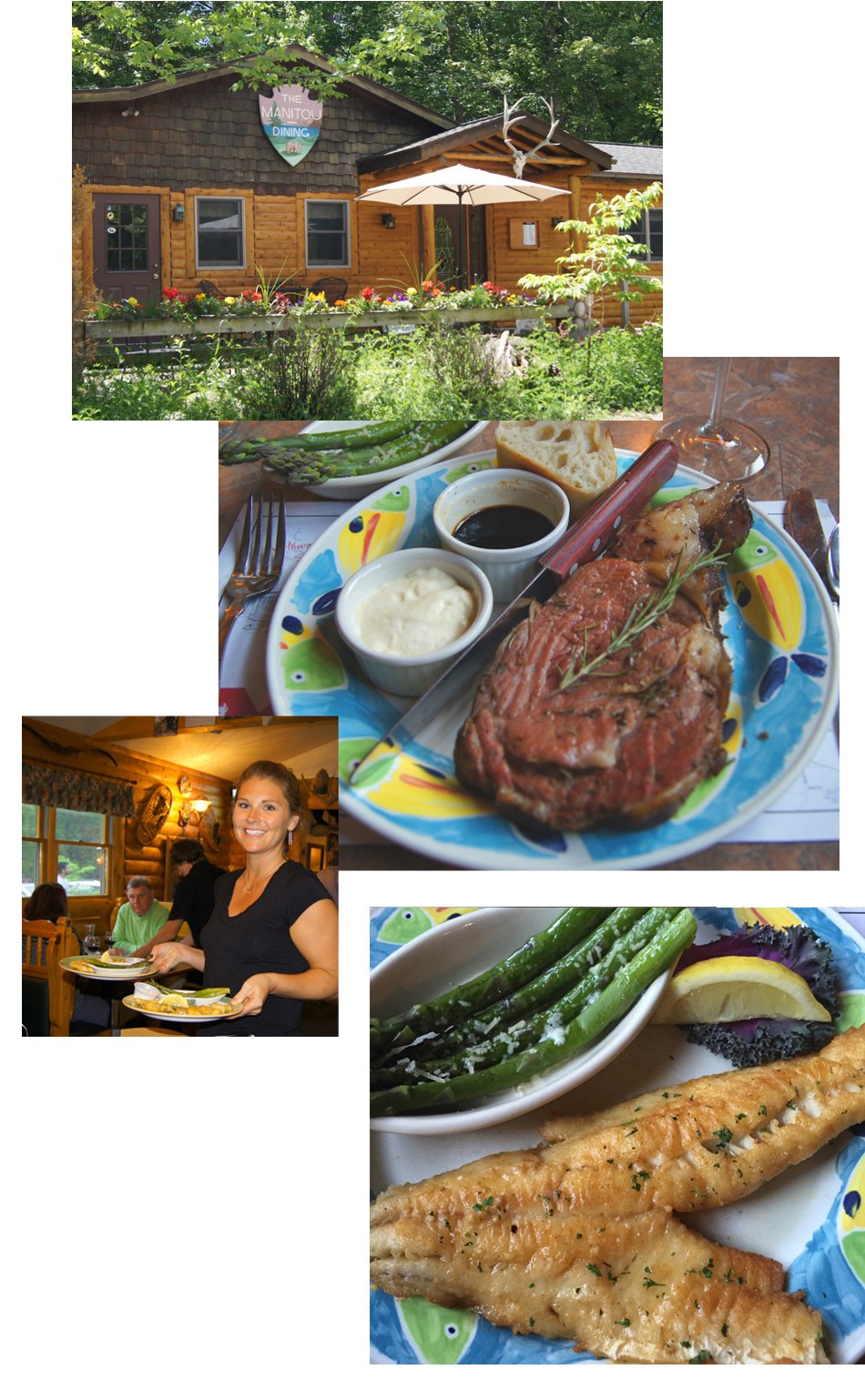 The Manitou Restaurant is located between Empire and Frankfort on Scenic M-22 and adjacent to Sleeping Bear Dunes National Lakeshore.

The Manitou Restaurant is located within Sleeping Bear National Lakeshore

A United States National Lakeshore located along the northwest coast of the Lower Peninsula of Michigan in Leelanau County and Benzie County. The park covers a 35 mile (60 km) stretch of Lake Michigan’s eastern coastline, as well as North and South Manitou Islands. The park was established primarily for its outstanding natural features, including forests, beaches, dune formations, and ancient glacial phenomena. 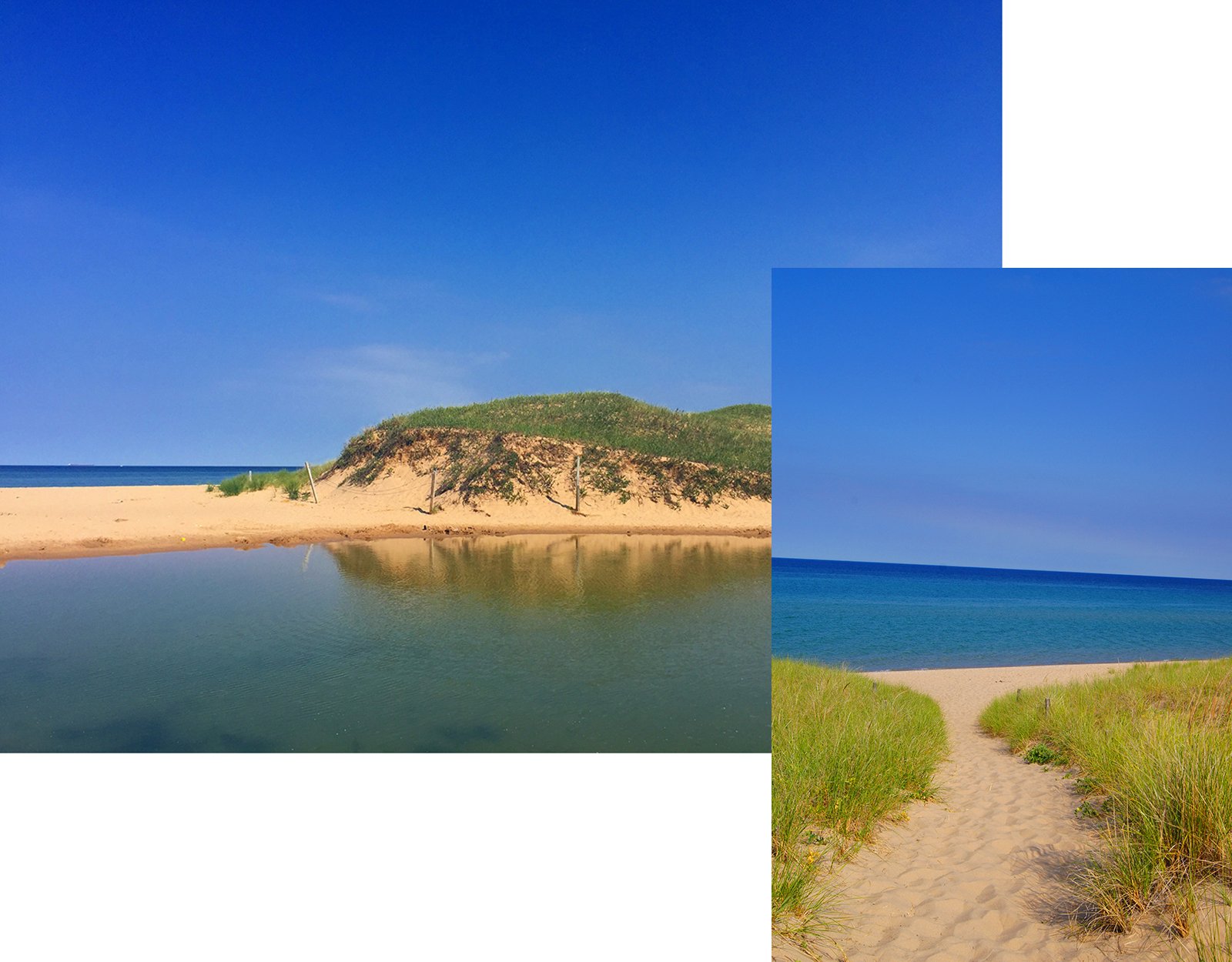 The park is named after a Chippewa legend of the sleeping bear. According to the legend, an enormous forest fire on the western shore of Lake Michigan drove a mother bear and her two cubs into the lake for shelter, determined to reach the opposite shore.

After many miles of swimming, the two cubs lagged behind. When the mother bear reached the shore, she waited on the top of a high bluff. The exhausted cubs drowned in the lake, but the mother bear stayed and waited in hopes that her cubs would finally appear.

Impressed by the mother bear’s determination and faith, the Great Spirit created two islands (North and South Manitou Island) to commemorate the cubs, and the winds buried the sleeping bear under the sands of the dunes where she waits to this day.

The “bear” was a small tree-covered knoll at the top edge of the bluff that, from the water, had the appearance of a sleeping bear. Wind and erosion have caused the “bear” to be greatly reduced in size over the years. Today only a small remnant remains.